The second and last day of the XXVI Regatta Illes Balears Clàssics, organized by the Club de Mar Mallorca, was marked by the low intensity of wind. Despite this, the 16 classic and vintage boats that finally took part in the trophy were able to complete a 10.6-mile journey through the interior of the Bay of Palma and complete the two-race program scheduled in the notice of race.

The southwesterly wind came to the competition area punctually and settled on a constant axis, but did not exceed eight knots in intensity. Between 12.20 and 12.40 all the classes set off on a single course, with the exception of the schooner Xarifa (1927), which exhibited its imposing 50 meter long case out of competition in a special crossing so as not to hinder the evolutions of the rest of the fleet.

Two of the leaders at the end of the first day (Marigan, in the gaff-sail class, and Argos, in classics class) secured the victory and also won the second leg. Both revalidated the title obtained in the 2019 edition (the last one held, due to last year’s postponement due to the pandemic) and proved to be clearly superior to their rivals.

A FAVOURITE THAT DOES NOT FAIL

Tim Liesenhoff’s Marigan (1898) gained 33 minutes on corrected time over the second-place finisher in the day’s race – the Gipsy (1927), of the Spanish Classic Sailing Foundation – and confirmed its eternal status as favorite. Third place overall in the Gaff-sail Vintage Class (boats built up to 1950) went to Montserrat Valle’s So Fong (1937), one of the boats that has attracted the most admiration for its magnificent state of preservation.

Barbara Trilling, owner of the Argos (1964), added a new victory to her extensive list of victories in the Mediterranean classic sailing circuit. Every year, the American sailor reinforces her crew with local sailors, such as the Mallorcan sailors Matías Gil and Neus Poncell. The formula has proven to be very successful, as today’s victory was the team’s third consecutive victory after 2018 and 2019. Completing the podium in the classics category (boats built between 1950 and 1975) were Antón de Llano’s Margarita (1972) and the Fundación Vela Clásica Española’s Folia (1961).

There was a change of leader in the Bermudian Era class (boats built up to 1950 with triangular sail rig), where the Argyll (1948) ceded first place and victory to Gaby Pohlmann’s Meerblick (1917). The German owner’s boat is based in the Port of Palma and is the second oldest in the fleet, behind Marigan. Today it beat German Frers’ Recluta (1944) by just over two minutes, which closed its regatta debut with a meritorious third place, bearing in mind that the boat recently arrived in Mallorca from Argentina. Argyll was fighting to retain the title obtained in 2019, but Pohlmann’s team was better at the decisive moment.

All the information about the regatta at www.velaclasicamallorca.com 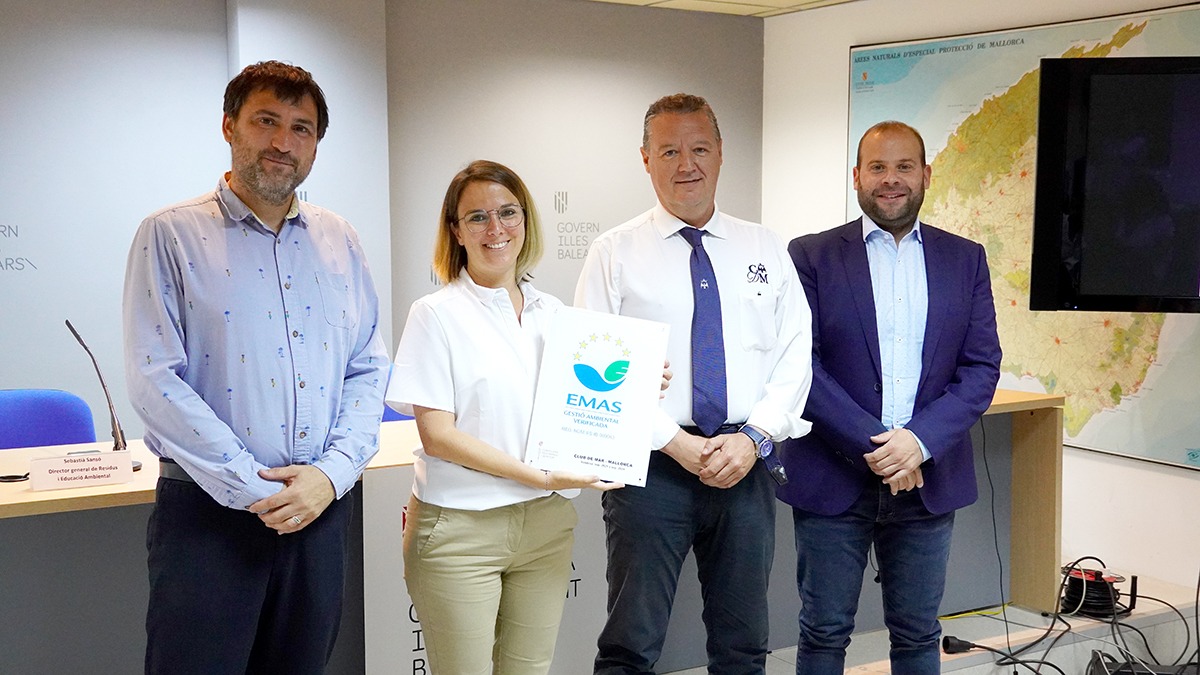 Club de Mar, one of nine companies in the Balearic Islands to hold the European Union’s EMAS environmental certification

The Can Barbarà dock, home to the canoeing section, hosted the event that recognised the work of the club’s most outstanding sportsmen and women. The

The Club de Mar’s classic boat regatta will be held between the 11th and 14th of August. The Illes Balears Clàssics Regatta will once again

Club de Mar, one of nine companies in the Balearic Islands to hold the European Union’s EMAS environmental certification

The European Commission considers this certification a model of excellence in environmental management. The Club de Mar Mallorca is one of nine companies in the

The organising clubs meet at the RCN Barcelona to analyse this year’s circuit. The Vela Clásica Costa Brava regatta, organised by the CN Estartit, is